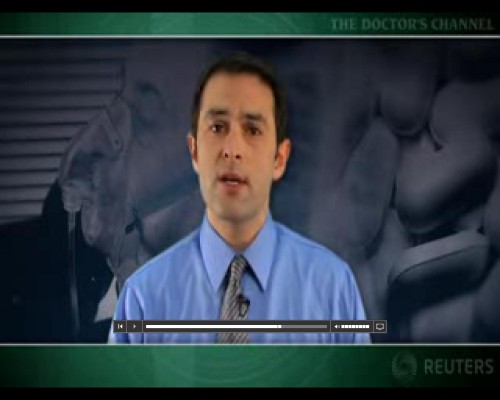 For patients with severe acute exacerbation of chronic obstructive pulmonary disease (COPD), trimethoprim-sulfamethoxazole was just as effective and safe as ciprofloxacin in a double-blind prospective trial conducted in Tunisia.

While drugs like amoxicillin and trimethoprim-sulfamethoxazole are facing emerging resistance of common respiratory pathogens, the authors note, available evidence has not clearly demonstrated the superiority of newer antibiotics.

The combined rate of hospital deaths and the need for additional antibiotic courses -- the primary outcome -- was 16.4% in the trimethoprim-sulfamethoxazole group and 15.3% in the ciprofloxacin group. The mean exacerbation-free intervals were 83 and 79 days, respectively. Neither of these outcomes differed significantly between groups.

Durations of mechanical ventilation and hospital stay were also similar in the two treatment arms, the authors report.

Adverse events were minor and similar for the two groups, with one patient in the trimethoprim-sulfamethoxazole group discontinuing treatment because of a rash. All other patients received their full dose of study drug.

Bacteria were grown from sputum and/or tracheal aspirations in 43% of patients, the most frequently isolated being Streptococcus pneumonia, Haemophilus influenzae, and Pseudomonas aeruginosa. While bacteria were not isolated from all cases, high levels of C-reactive protein support a bacterial origin of the exacerbations.

Dr. Nouira and colleagues conclude that the value of older antibiotics should be reconsidered in light of their low cost and their ability to decrease the use of broad-spectrum agents.

They suggest that “alternating the use of standard antibiotics with several different classes of new antimicrobial agents on a regular basis could be an effective way to limit bacterial resistance in ICU and non-ICU settings.”

In an editorial, Dr. Bruno Fantin, from University Paris Diderot, France, says that one of the newer fluoroquinolones may have been a better comparator, since they have better activity against S. pneumoniae.